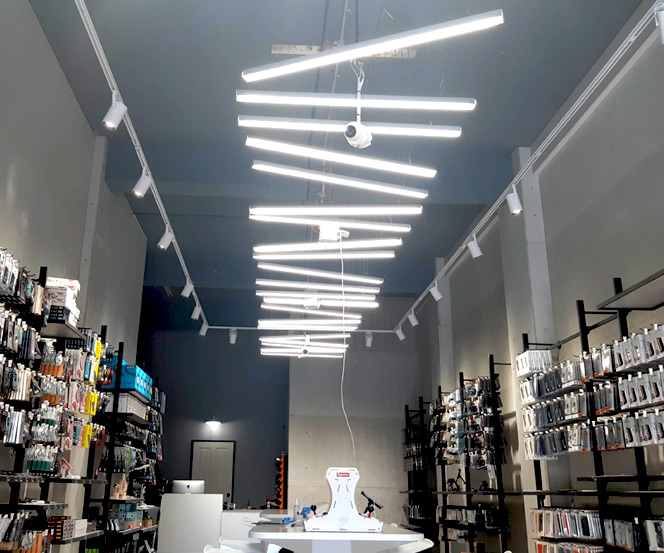 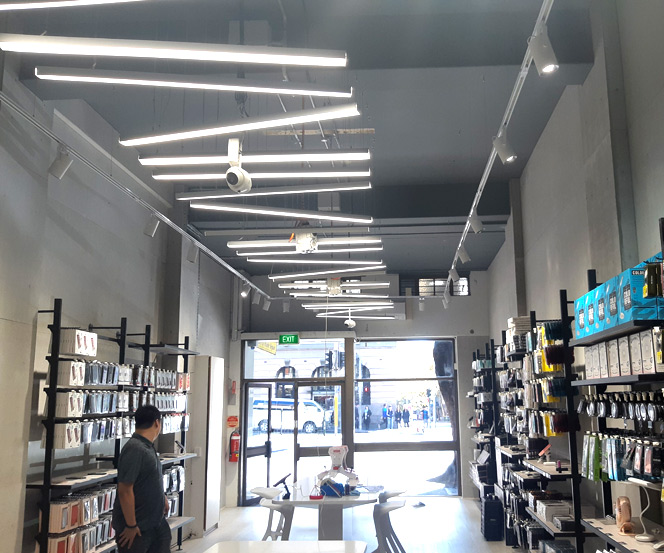 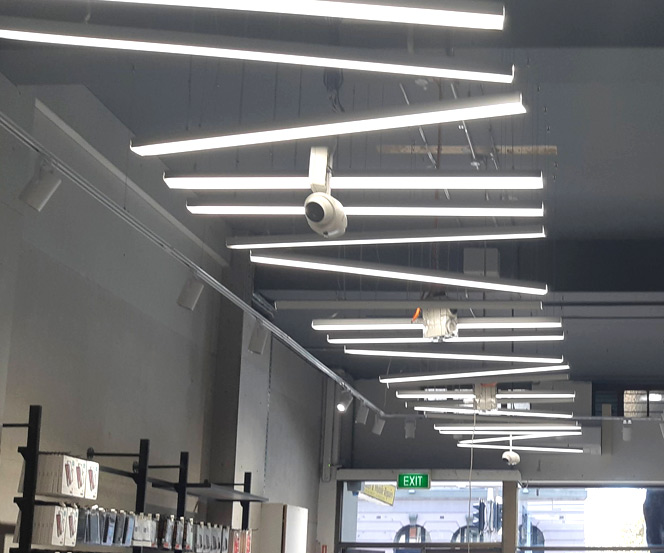 Total electrical upgrade of mobile phone repair store which required the installation of:

Initiation Of The Job

Whilst Performing emergency lighting maintenance of the adjoining building to IResQ on Broadway in Chippendale, HLH Electrical was asked to give a quote for the phone store which was to be upgraded.
After a small discussion with the owner, we found out the particular details for this job which were relevant such as all the lighting, LED drivers and security cameras were to be supplied to us by the client which wasn’t an issue for us. But all cabling, power points, access scaffolds for the high ceilings and any accessories needed were to be provided by HLH Electrical.
A major point that was stressed to us was that the shop was to have a minimum downtime to ensure no great amounts of revenue were lost from the store closure. Armed with this knowledge and the electrical drawings we went away and agreed on a price and proposal of how we would structure time on site.

After some planning, we were told there would be a three full-day shop closure for ourselves, and other various trades to get the project completed. Taking this on board we planned out our best way to strip out and rough in the majority of work in this allotted time and get the shop functional to help the business get back to normal ASAP.

Small Bump In The Road

Once work commenced we made safe the power so as we could strip out the existing cabling and accessories which had been there from the original build and started work mounting the track lighting for the spotlights. Upon doing this we noticed that the switchboard would need upgrading which we had been unable to gain access to at the original meeting but had been mentioned in the quote would quite probably need to be upgraded. We made this known to the owner that the old rewirable fuses would need to upgrade to RCBO protection to be up to current AS3000 regulations. He had no issue with this as he had been made aware that it was a big possibility that this would need to happen.

After some long hours put in over the three days, we had the job to a stage that the shop could open for business. After this, we would come in once the shop had closed for after-hours work to get everything tied up and commissioned. In the end, everyone was happy with the achieved result the client, customers and also ourselves. We have since been asked back to add small additions to the shop as it continues to grow.

HLH Electrical provide you with electrical contracting services for residential, commercial and strata electrical projects throughout the Sydney area.